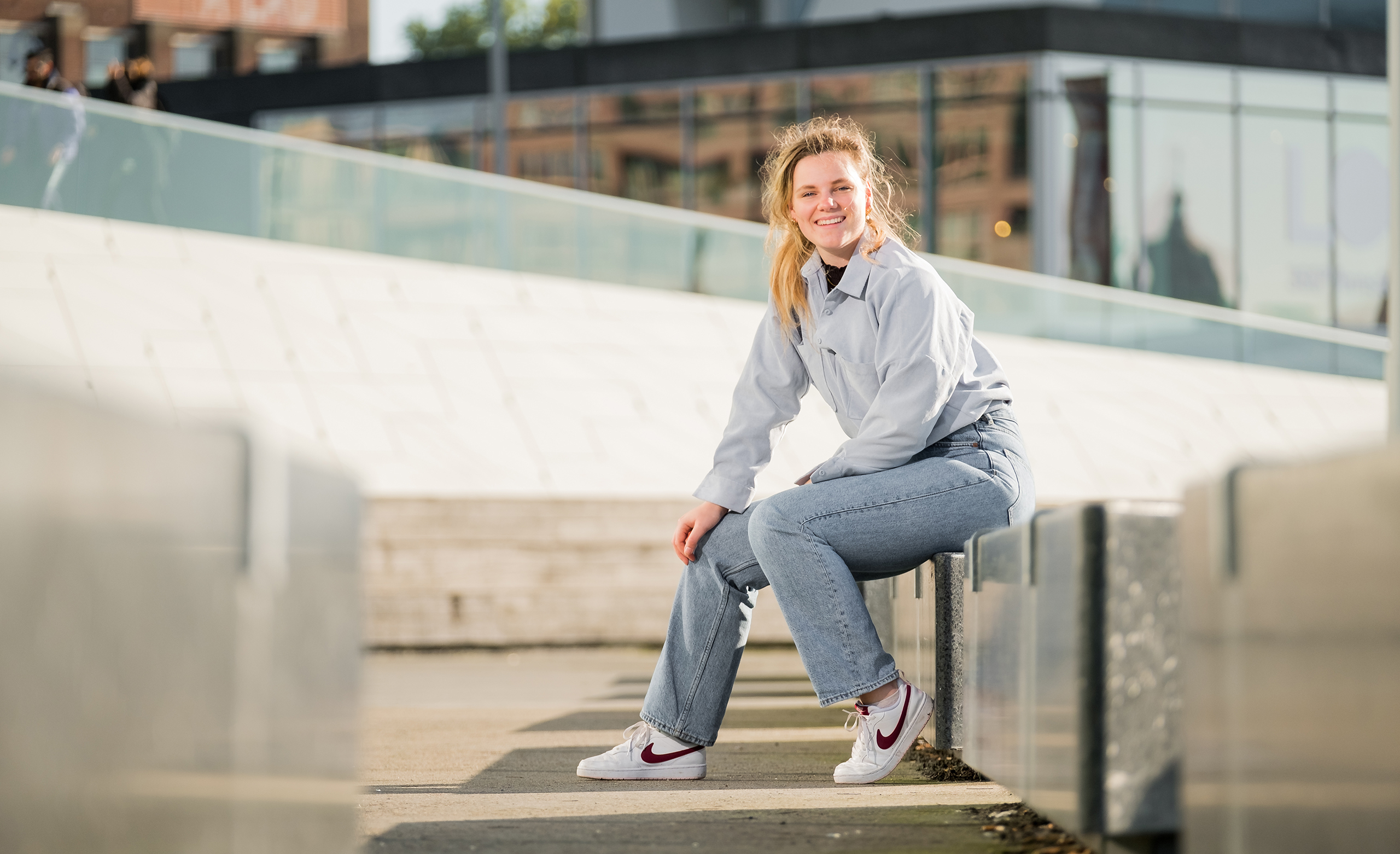 Emmie van den Dobbelsteen is 24 years old and was born and raised in Almelo. After high school, she moved to Amsterdam to start her Bachelor in Psychobiology at the University of Amsterdam. After receiving her diploma in January, she was introduced to Expat Mortgages, referred by Roos (an old employee), and immediately liked the positive vibes of the company.Currently, she is in her Master Psychopharmacology and Pathophysiology.

After working hours, she loves to spend time with her friends while enjoying a ‘kaasplankje’. She plays hockey twice a week and loves a good cup of coffee (she was a barista before working at Expat Mortgages).