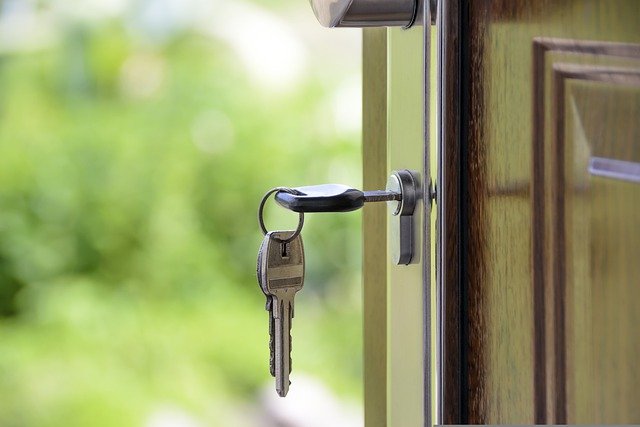 Will power: some legal questions you should think about when you buy a house

You head to a notary’s office to sign your new house deeds and pick up your keys – but that might not be the only reason to get some legal advice. Henk Jansen, the founder of Expat Mortgages, reminds his clients that taking on an asset in the Netherlands can have more implications than finding a perfect home. Expatriates, in particular, he says, should think carefully about the legal status of their relationship, their wills, and the implications for inheritance tax.

“If the center of their social life is here, they live here, their kids go to school here and all their assets are in the Netherlands, then Dutch law will probably be applicable,” he says. “But often people have either assets or complications related to other countries. And you want to arrange things well in case something awful happens.”

This happened recently to one of his clients. “When he bought the house he was single, but when he died eight years later, he had a wife and kids,” says Jansen. “The house was in his name. There were a last will and testament abroad but none in the Netherlands. We were able to assist them to get the house and mortgage in the Netherlands in the wife’s name, but it was much more work because it was a foreign last will and not a Dutch one.”

Although organizing matters such as an official cohabitation agreement if you are not married, and a check of your will or Dutch will, might cost you another €1,000, he advises that this is money well spent.

There are three main areas that you should think about, says Henriëtte Visser, a lawyer at Buma legal practice in Amsterdam: your will, the legal status of your relationship if you are cohabiting, and inheritance tax.

If you’re Dutch and living in the Netherlands, of course, you would make a will under Dutch law.

“But if an expat living in Amsterdam hasn’t drawn up any will at all – living here for just a few months but planning to live here for some time – Dutch law can be applicable to his or her estate,” Visser cautions. “And if Dutch law is applicable, it governs the succession of worldwide assets. It’s important to draw up a will if you have specific wishes concerning specific assets.”

Visser says that expats can draw up a will choosing the law of their nationality to govern their affairs as a whole. “If an expat with British nationality plans to stay in the Netherlands for a short time and buys an apartment here as an investment, but the majority of assets are located in the UK, where he or she plans to return after a short stay in the Netherlands, the advice might be to draw up an English will,” she says. “However it is always important to have a foreign will checked, because foreign wills often state that they only concern the assets in that specific country, which makes it again necessary to draw up an additional Dutch will for assets in the Netherlands.”

There could be contradictions related to the “forced share” that countries such as Belgium and France give children to a parent’s assets. “This is the case in the Netherlands too, but only to money and after the death of the surviving parent,” she adds. “If Dutch law is applicable to the inheritance, French forced share would not be applicable to the assets in France – only the Dutch forced share.”

It’s also important to make sure that if you cohabit and want to pass assets (and an inheritance tax break) on to your partner, that your relationship is recognised in law, says Jansen.

“If an unmarried couple have not arranged anything and one of them passes away, technically according to Dutch law, the inheritance goes to the legal beneficiary, the parents, brothers and sisters,” he warns. “People say: ‘My wife or husband gets along very well with my parents.’ Yes, when you’re alive, but maybe if someone passes away and there’s €300,000 to inherit, you don’t know if that will still be the case!”

A cohabitation agreement, he points out, can also make your partner eligible for a partner pension from an employer, in the case that you aren’t married.

Being married can have an effect on the type of law that would apply to any divorce too. “Here under Dutch international law, we state that if two people have the same nationality, then the law of this nationality is applicable to their marriage,” says Visser. “If they do not have the same nationality, we look at the [location of] the first communal residence – if they got married in the UK, did not draw up a pre-nuptial agreement and moved directly after their marriage to the Netherlands, we say that Dutch law is applicable to their marriage – whether some assets are joint or not.”

Dutch matrimonial law, since 2018, means that any assets built up before the marriage are owned privately unless they were bought together – but all assets received after the marriage are owned communally. “If they married somewhere else with a prenuptial agreement, it’s important that they check if their prenuptial agreement is acknowledged here in the Netherlands, and if they don’t have one that they know what law is applicable to the marriage – and what law would be applicable if they got divorced,” she adds.

It’s a nasty surprise to some, but even if you have elected for your will and marriage to be regulated under another country’s laws, if you are resident in the Netherlands, your heirs will be liable for Dutch inheritance tax. Some countries have double taxation treaties with the Netherlands so double taxation would be refunded – but not necessarily, so it’s a good idea to get specialist tax advice.

“If someone’s not married and wants to appoint a partner as sole heir, it’s really important this person is a partner for inheritance tax – either you have to live five years registered together at the same address or draw up a cohabitation agreement and be at the same address for at least six months after signing the cohabitation agreement,” Visser adds.

Life changes as well, adds Jansen, so it’s good to keep an eye on your legal affairs and make sure that your home – and your loved ones – stay safe as houses too.